Sensory Evaluation of Micronutrient Powder “Taburia” In Sidoarjo and Sukabumi 2015

in Example of Projects

Child malnutrition is global issue that is also present in Indonesia, which according to Heinz Indonesia (2014) approximately 12 million children in Indonesia were suffering from micronutrient malnutrition. The Indonesian Ministry of Health initiated the national micronutrient powder (MNP) called “Taburia” to be used in the public health system as part of an effort to overcome this problem. Taburia products, like any other MNPs, are single-dose packets containing multiple vitamins and minerals in powder form that can be added to daily food of babies or toddlers between the age ranges of 6–59 months, specifically for 6–24- month babies (Baduta = baby under 2 years old). PusatPenelitiandanPengembanganGizidanMakanan developed Taburia in 2006. Taburia was then distributed to three provinces as a pilot.

Initial efforts to introduce home fortification with Taburia have yielded mixed results. Some evaluation reported high acceptance and adherence while others suggested challenges.  However, none of the previous studies were conducted in a sensory evaluation context. These previous studies mainly focused on mothers’ experiences in using Taburia and their willingness to keep feeding the MNP to their babies, which also showed that compliance in giving Taburia to their babies was not optimum. Consequently, a non-laboratory-based sensory evaluation was needed in order to further understand the acceptability of Taburia.  Myriad was appointed by GAIN (Global Alliance for Improved Nutrition) to conduct the study.

Two main objective of this study was: to conduct a non-laboratory-based sensory evaluation of Taburia, as compared to other MNP of known quality such as MixMe andto assess the sensory preferences and acceptance level of mothers/caregivers, including their children, towards Taburia as compared to the other MNP.

The study was carried out in two districts, Sidoarjo on the 27th–30th of April 2015, and in Sukabumi on the 12th–15th of May 2015. The CLT was conducted in a village located in each district. The eligibility of the respondents was screened based on the followings criteria: a mother/caregiver of children aged 6–23 months; someone of any socio economic class; someone who is older than 18 years old, and someone who has completed junior high school at the least, and living in the researched area. Two panels was involved which differed only by the base food used. Panel one used a standardized plain porridge that was prepared in the CLT location, while Panel two used the baby’s daily food which the respondents brought from their home.

Three main stages was carried out during the evaluation proses. The first stage of the test was baby’s sensory test. The baby’s were fed with a sample, and then, the interviewer and mother would observe the baby’s reaction, of how they ate the sample using a 9-point hedonic scale with 1 as least acceptable/dislike extremely and 9 as highly acceptable/like extremely. The second stage of the test was the MNP physical test. The physical test was only given to the mothers. This test was used to find out the mothers’ opinion about the flavor/smell, the color, and the texture of the product before it is mixed with the food. The third stage of the test was sensory evaluation toward the Taburia and other MNP when mixed with the base foods. The sensory attributes evaluated were the color, smell, texture, mouth feel, sweetness, saltiness, savory, and bitterness. A JAR (just about right) scale (1 much too low, 5 just about right, and 9 much too high) was used to evaluate those three attributes of the MNP powder. 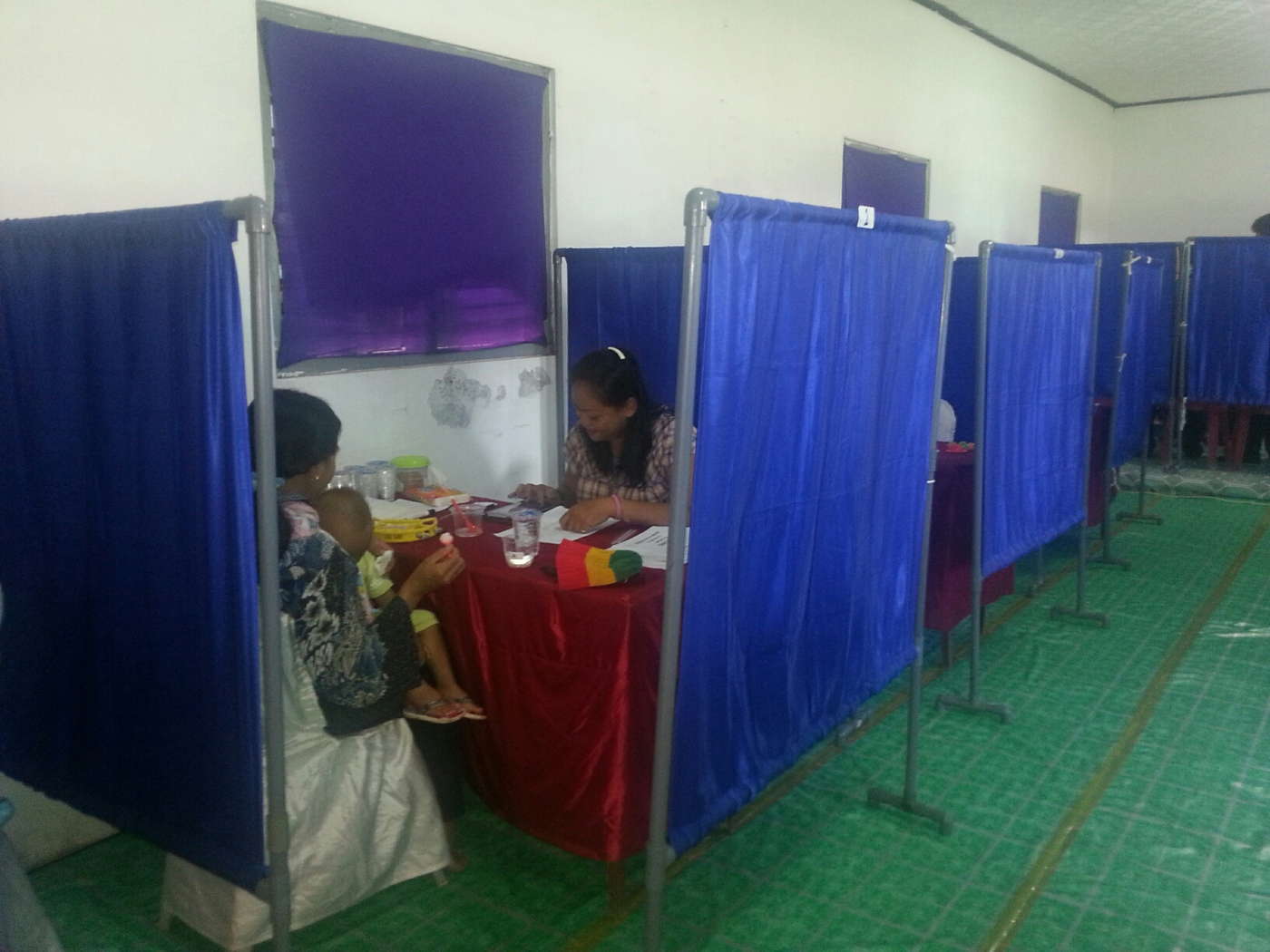 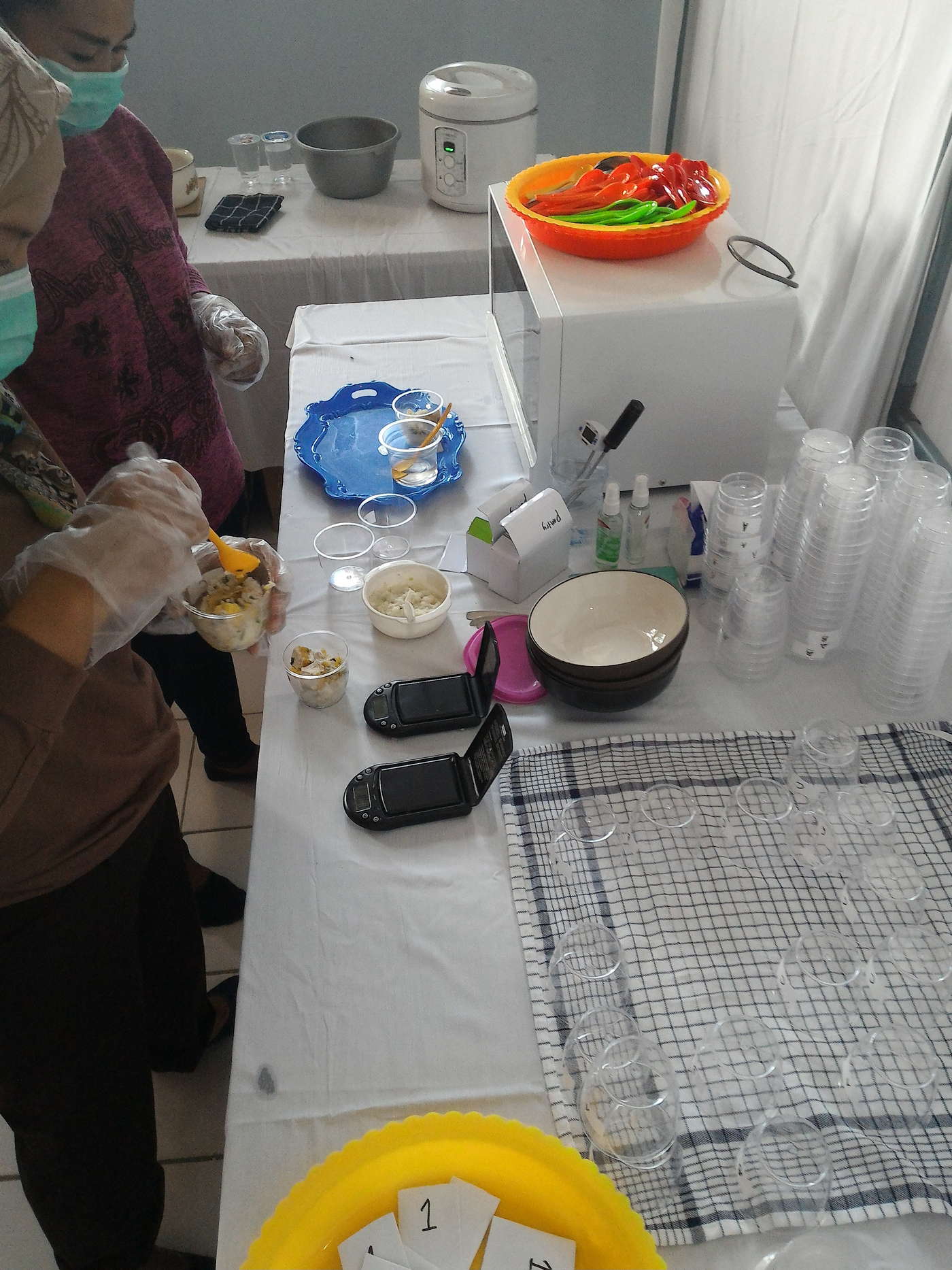 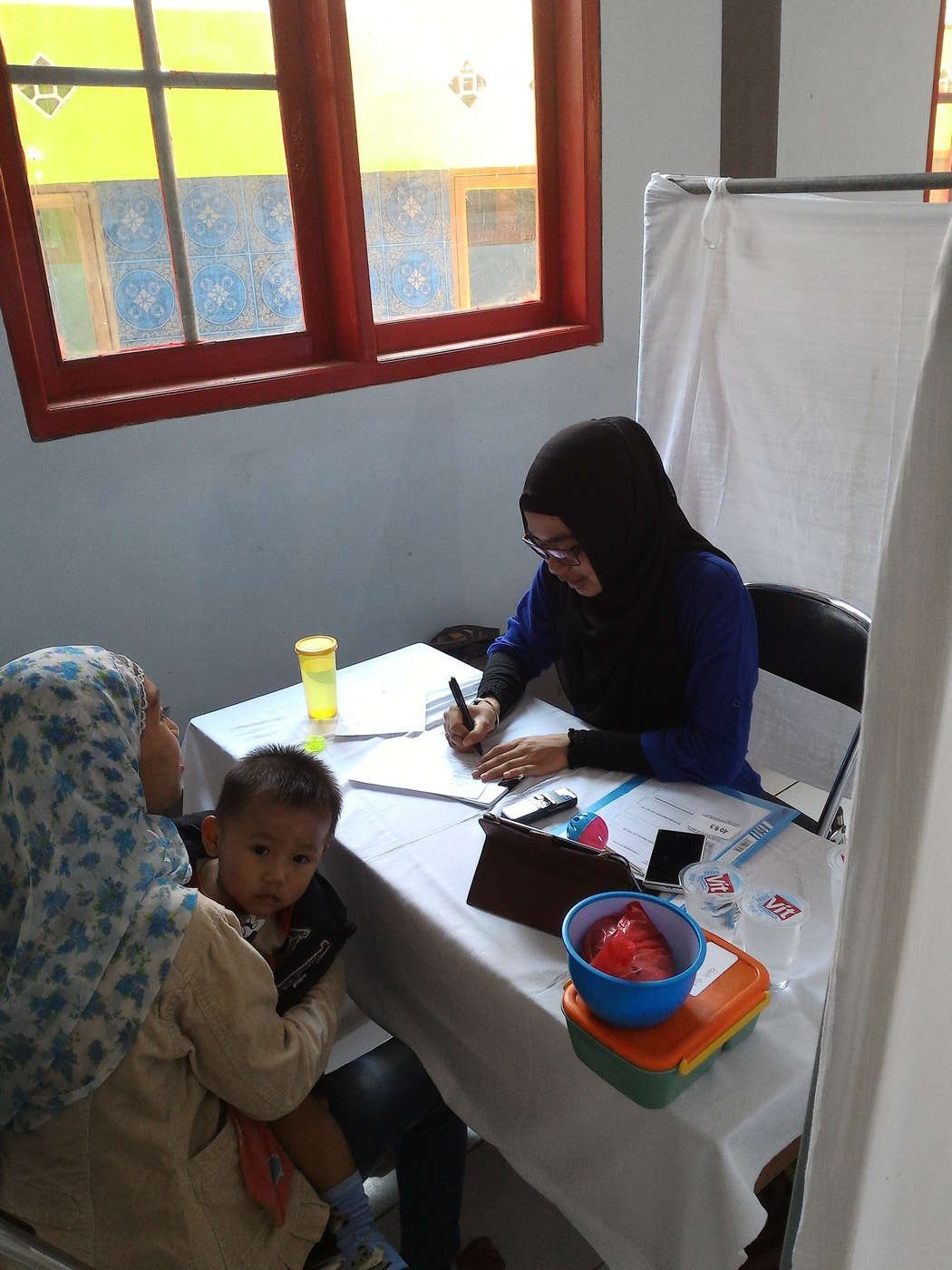