in Example of Projects

UNICEF Indonesia, funded by AUSAID, was appointed Myriad to conduct a baseline study to support the district and provincial governments and key education foundations to facilitate improved educational opportunities for children living in rural and remote areas of Papua and Papua Barat. The baseline study was on Early Grade Reading Assessment (EGRA) and Snapshot of School Management Effectiveness (SSME). The study was conducted in March-April 2015. The EGRA measures the basic skills that a student must possess to eventually be able to read fluently and comprehend; and the SSME survey captures the “best” ways in which effective schools influence student learning.

Myriad administered the two surveys to 180 schools, equally allocated across the six districts, namely: Biak, Jayapura, Mimika, Jayawijaya, Sorong, and Manokwari. The surveys involved 2,934 grade 2 and 3 students, 2,645 parents, 330 teachers, and 178 head teachers.  In addition, 162 in-depth interviews with students and their parents, teachers, head teachers, community leaders, as well as district and provincial education officers were also conducted.  An equal number of in-depth interviews across districts were carried out. 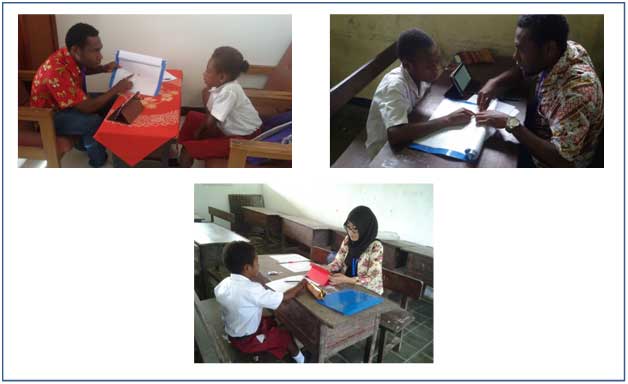 The baseline study had been successfully completed by Myriad, and we wish to acknowledge the important contributions to the numerous people who made this study possible. Most importantly, this work could not have succeeded without the cooperation and contributions of the six area coordinators, 72 assessors and supervisors, and the students, parents, teachers, head teachers, heads of villages, and education authority officers at the district and provincial levels included in the study. Finally, we would like to pay tribute to the contributions of our beloved colleague, RetnoMaruti, who was ill and passed away during the data collection of this study. 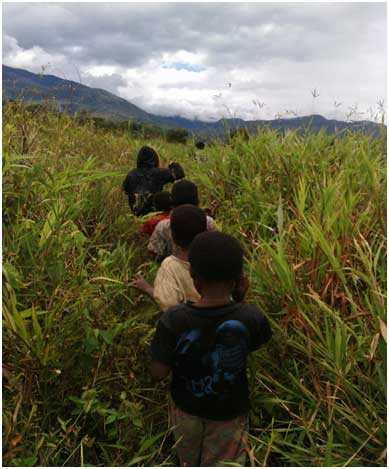